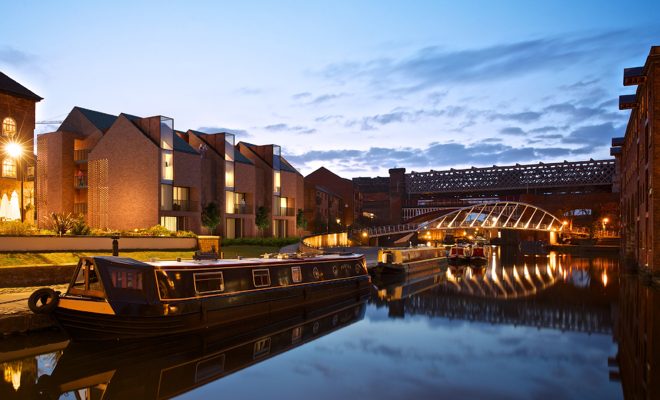 Manchester has long been one of the most popular UK destinations for tourists, thanks to its vibrant football, music, restaurant and nightlife scene.
With millions of visitors usually passing through the city every year, it’s also seen dozens of hotels for every budget built here.
International tourism is an industry that’s taken a big hit in the last year, but with so much to enjoy in this great Northern city, a staycation has never been more appealing.

We’ve rounded up 6 of the newest hotels to open in Manchester city centre, ranging from beautiful budget hangouts to pure luxury accommodation. 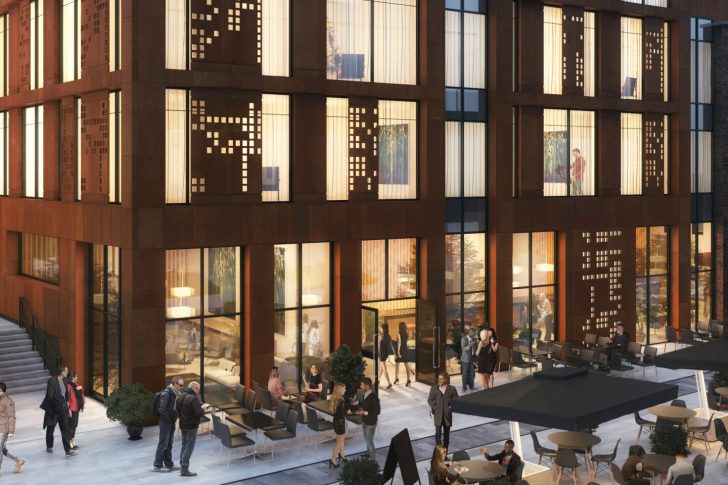 A huge new hotel is set to open in Manchester city centre in December, transforming an old hat factory into ‘affordable fun’ accommodation.
The Moxy Manchester City Hotel, a Marriott concept from KE Hotels, will have 146 bedrooms as well as a bar.
Guests will check in at the cocktail bar rather than a traditional check-in desk, where the room keys are handed over with a complimentary cocktail.
Standing at nine storeys tall, its size and bedroom numbers rival some of the most prominent hotels in the city centre, including the Dakota Manchester and Hotel Brooklyn.

Moxy has taken over Invicta House at the heart of Spinningfields, preserving its 18th-century facade while building the modern hotel inside.
Weathered-effect metal panels have been added to clad the building in addition to the original brickwork.
Rooms include walk-in showers, TVs with Netflix, motion-activated LED lights, plush platform beds, workspaces, and lounge chairs, as well as being pet-friendly.

This building has been a hotel since the mid-1990s, but has changed hands a few time since – the familiar red ‘Palace’ sign on its clocktower swapped twice to reach its current name, the Kimpton Clocktower.

Luxury hotel group Kimpton has taken over the the striking Victorian building on Oxford Street, revamping much of the hotel’s interior.
Many of the building’s original features, including ceramic tiles on the walls, have been preserved in the modern bedrooms. 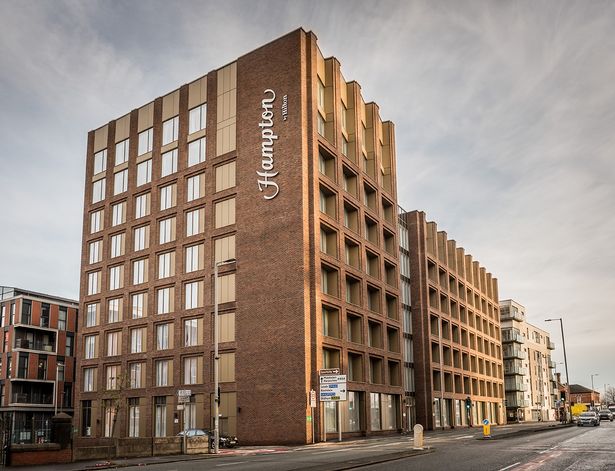 Billed as a more affordable offshoot of the Hilton empire, the new Hampton by Hilton hotel opened at the end of 2020.
Offering minimalist decor in its 221 bedrooms spread over eight storeys, it opened with the tantalising offer of rooms from just £39 a night. 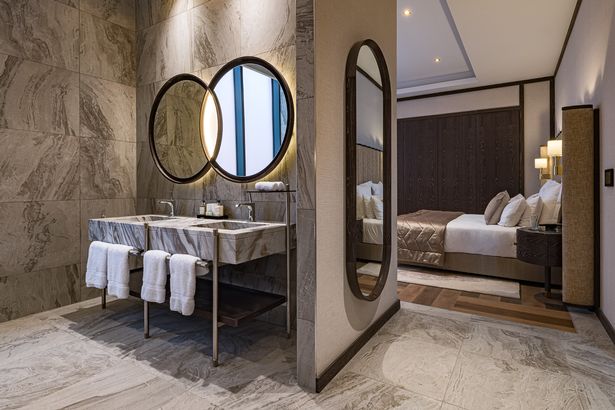 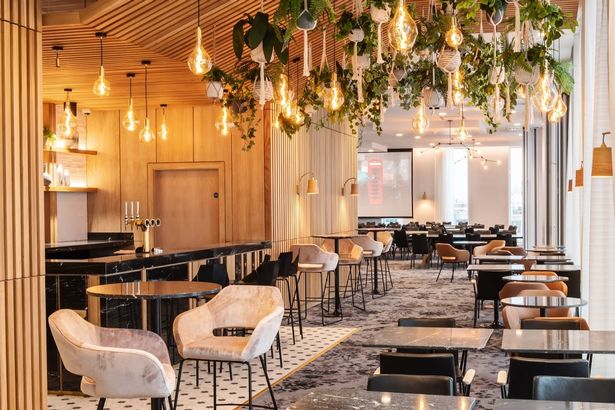 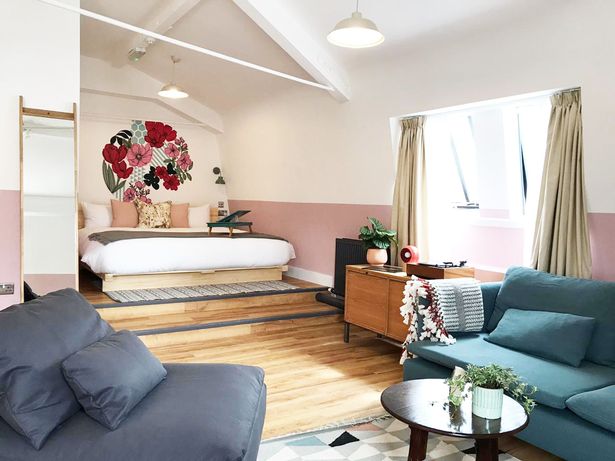 It doesn’t have to cost the earth to have character in Manchester, as boutique hostel Selina has proven since taking over Hatters hostel in 2019.
The boutique chain of hostels, which first opened in Panama in 2015, describes itself as a ‘complete ecosystem’ where guests can stay, eat, work, and explore (and surf, in the right location).

The space has been given a Latin American twist on its industrial roots, with antique-style furniture, plants and a bright and airy colour scheme.
There’s everything from dormitory-style bunks to luxury suites with their own kitchens. 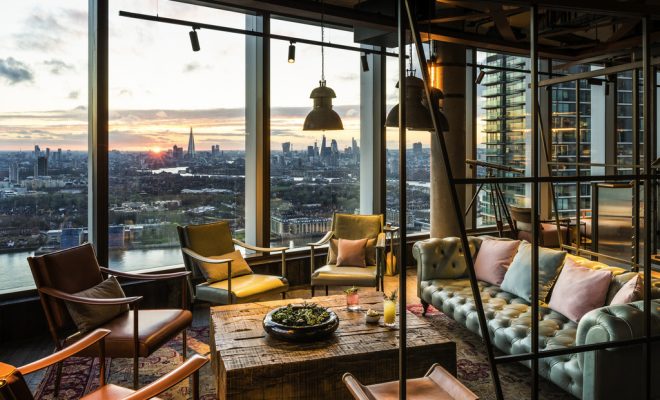 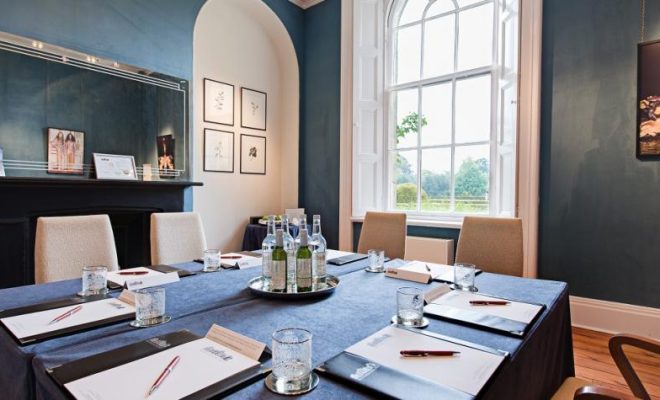 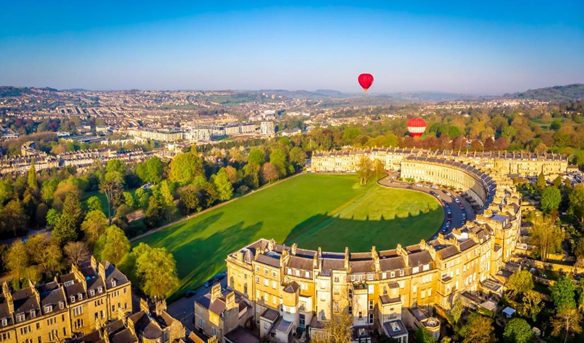